Headphones in The Hut and Cello in The Club - Part 2 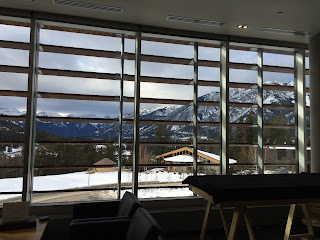 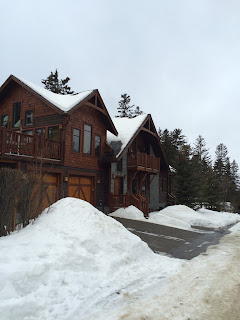 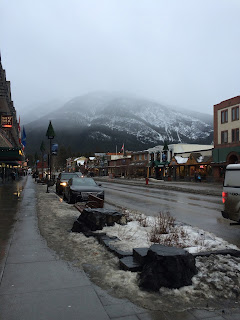 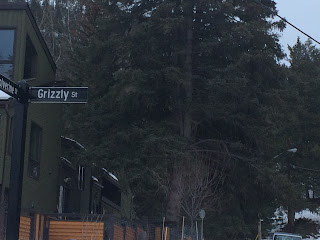 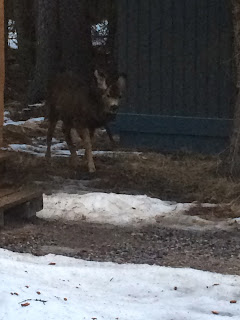 Tuesday night was also my first experience of Bentley Circle, which is a chance for any of us musicians to share what we've been working on in an informal way. It was super cool to hear and see what others are doing. As we're all on independent residencies, it's really refreshing to have the chance to get out of the hut and be inspired by each other. There were really too many wicked ideas for me to share them all, but I particularly enjoyed a performance of recorder and looper/electronics - and this piece used the letters in Cage's name in a clever way. It was amazing to hear the different effects he found, but also the way that he maintained the acoustic qualities of the recorder. We also heard some Bach played on the bassoon, which I was totally into!
Bentley circle was rounded off nicely (all the puns) with a couple of Canadian beers at Maclab (the bar on campus) and good chat.

Wednesday morning saw a stint at the piano in my hut, when I discovered a groovy chord progression - satisfying! I also did some more collaboration with another singer/songwriter called Emily, who plays piano and sings - with quite a Regina Spektor vibe about her songs and sound. We jammed through a song and then another with Nich on drums. It was then time for sound checks at The Club, where I was playing with Emily and with Justine for a few of their songs. The Club is a casual, hip venue with a kind of underground feel to it, here at the Centre. We spent some time going over things, and even adding in a last minute addition in Justine's set - a cover of The Bee Gees' 'You Don't Know What It's Like'... definitely enjoyed some beefy bass lines! After some dins, it was time for the show, which had a great vibe about it - quite relaxed, but the audience were really appreciative and friendly. For me it was a fab experience to do some real improv in a live setting - and it was so nice to play with the girls here. Naturally, we all went for some celebratory drinks afterwards... it's only polite! Really great night.

Thursday (today for me!) has been another fairly busy one. We had a really cool listening session this morning in a room with a ridiculously beautiful view, and a pair of enormous speakers. It was a chance for people to play music they've been enjoying or that they wanted others to hear and share. There were some interesting discussions about the way people record classical musicians; the way they're mic'd and how this can completely change a composition; about the pros/cons of hearing every detail of the way an instrument is being played... and lots of other things, all really interesting and thought provoking. I enjoyed hearing a track by a guy called Connan Mockasin - check him out and have a listen! We listened to Faking Jazz Together.

A few of us also had an amble down into the town of Banff this afternoon, which was really beautiful. It felt so familiar from being here 5 or so years ago, but also completely different, as the houses and mountains are all snow-covered this time around! There's a fair bit to explore down there, so I'll definitely be going back to have a wander at some point.

Today I have been only a few feet away from deer! They seem to like it here around our huts.. perhaps they were grooving out to the riffs I had going on this avo! It's amazing to be so close to them... I've also heard some really unique bird sounds - will try and discover what they are!

One more, VERY IMPORTANT thing - Earl Grey and Lavender tea is a beautiful thing - if you can find some in the UK, try it!