Having a mellow Jono McCleery kind of morning in my hut today, nursing my sore feet after some serious shape-throwing at D.J. A. Ball's killer dance party last night... so many funky favourites I forgot I knew!

On Thursday I ventured outside of the Banff bubble to play a set with Justine at a very cool venue in Calgary (about 2 hours away) called the Ironwood. It felt strange to drive back on the same route to Calgary airport that I travelled a couple of weeks ago to arrive at the Centre for the first time! Amazing to see the drive in the daylight though - some incredible mountain views, towering trees and frozen rivers, all complimented by regular housekeeping announcements and time updates every ten minutes of so from a very friendly shuttle driver..! After meeting Justine at the airport, we travelled to the Ironwood, which is one of the best live music venues in Calgary! It was quite a large pub/bar with wooden floors, a nice stage, and pictures of some familiar musical faces on the walls. It had a really cool vibe about it, so it was exciting to be performing there. We were supporting the band Joe Nolan and The Dogs, who have formed relatively recently, but sound like they've been playing together since birth..! They were really tight and had written some awesome songs, and were also very down-to-earth, friendly guys. After some sound checking and a tasty salad (a token attempt to reverse the Banff buffet body...), Justine and I were on! We played about 8 songs - all Justine's own writing, apart from a cover of MJ's I Want You Back (got that bass line!) - and had a lot of fun... definitely fresh for me, and another test for my ever-adapting ears! It was then really great to be able to sit back with a drink and enjoy the band's set, and with the venue filling up, the atmosphere was super happy.

After the show, I ended up chatting to some of Justine's friends/fellow Calgary musicians and other friendly punters. Among others, I met a lady who has a passion for dance, an established country singer/writer and an army bassist! I'm still loving how easy it is to strike up really cool conversations with complete strangers here in Canada - which is something that seems so much more alien/challenging back in the UK. Everyone is very open, generous... and fun!
It was time to make the drive back on the highway to Banff, which included a delicious donut initiation for me (thank you Justine!) and some cracking convos.

Friday - another day in Banff, another gig! It was the last Rolston concert, so I spent some of the day sound checking for Paul's wicked jazz pieces and the group piece (Piece of Sky), and the rest of the day in my hut. As of Friday morning, I have finally figured out what I'm doing in terms of my solo project..! I'm now using an audio interface and my DPA microphone to record much better sound-quality tracks. So for the remainder of my time here I'm hoping to re-record some of my previously written music, and record the new tracks that I've written whilst in Banff. I have learnt such a lot about the tech I'm using and that I need/want to use in the future - which is fab! I also now know what I need to do to get these tracks to a live-performance stage, which I can practise at home and begin gigging! The Rolston concert was a hefty programme of largely contemporary music - it was interesting to hear lots of music I'd never come across before. There was a fabulous piece written by a Venezuelan composer for a voice/piano duo here, called Franz Liszt, and it used just the letters/sounds of that name in the vocal writing!

Sadly there are quite a few people coming to the end of their residencies and leaving this weekend, which seems so soon and just as we're all really getting to know one another... but I reckon a few of us will bump into each other somewhere down the line, as is often the way with musicians!? I feel like I want to collaborate with everyone all over again and that there's so much more to learn from the guys here! I'm really grateful to have one more week in which I hope to write/record some cello tracks that I'll be happy to take home!

Today, as well as catching up on some zzzzzs, I'm looking forward to seeing the Flute/Harp duo's recital, and then getting my Baroque bass lines on with Kate and Ernesto as part of his showing this evening! "Variety really is the spice of life" - learning that fast! 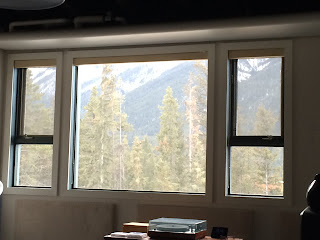 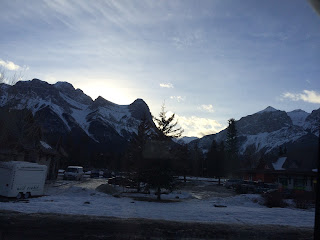 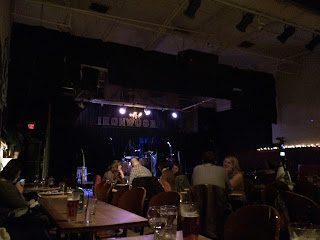 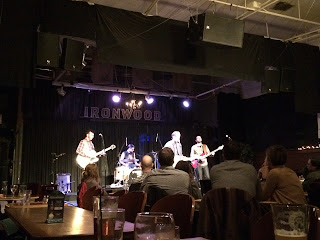